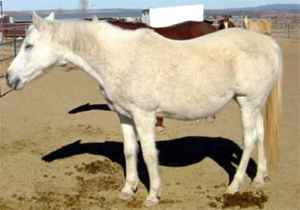 The Barb is a light riding horse which originated in the Maghreb region of northern Africa. There are several varieties including Algerian, Moroccan and Tunisian. This is the foundation breed of the West African Barb and the Spanish Barb which was developed in the United States.

The Barb is speedy over a short distance and is well known for it’s unpredictable temper.