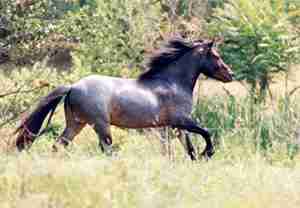 These ponies, for nearly three centuries, interbred until one common pony developed “The Newfoundland Pony”.

Colour: commonly brownish in colour though other colours are not uncommon.