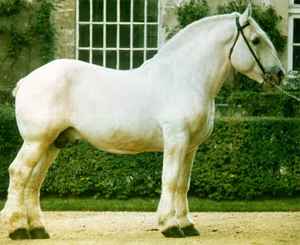 The Boulonnais is said to descend from the horses imported by Julius Caesar’s legions, which stayed along the coasts of the Pas-de-Calais before invading what is now Great Britain.

Much later came the Crusades and the Spanish occupation of Flanders. These events brought a great deal of Oriental and Andalusian blood to the Boulonnais area. Additional crosses with Andalusian stock and Mecklenburg blood from Germany further shaped the breed.